MAUD INK
territory*decay is a project focused on exploring and documenting territories. The explorations focus on materials of decomposition in an environment and the decay of my visual memory of a place. The result is a series of abstract drawings, digital images, and motion graphics that communicate a vision of my memory of a landscape.
Statement:
territory: ordinary lines of repetition-in-action; not owned, claimed or marked by imagined borders.
decay: to deteriorate fall into ruin, breakdown... apart. Paths of least resistance, events remembered get distorted.

territory*wetlands - drawings and video/ audio shorts  exploring Maine & New England's estuaries. My intention is to connect my drawing practice to the tidal fluctuations that shape the landscape. The result is a collection of drawings that increasingly draw the viewer deeper into a submergent coastline.  The process of making the work mimics the action and pace of the tide. The ink drawings that emerge communicate the physical characteristics of the landscape and share a visceral experience of the wetland habitat.
technique + observation:
Informed by observation of the wetland environment, I mimic the actions of the tide. Repetitive washes of ink over vellum. Fabric soaked, dried, soaked and dried, like tidal refuse. Marks made in rows daily... cyclically. In accord with the estuary as it shifts each day, salted waves through the brackish murky depths of the red maple swamp. 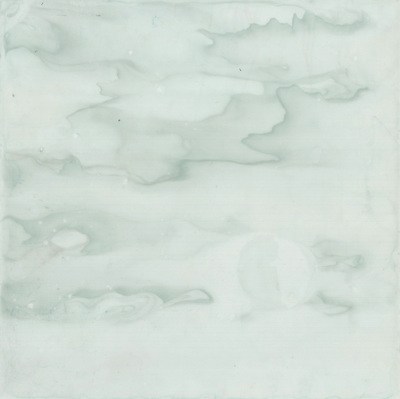 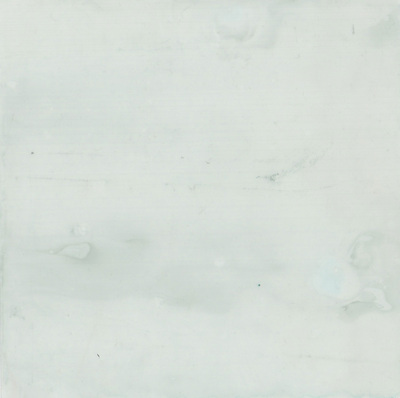 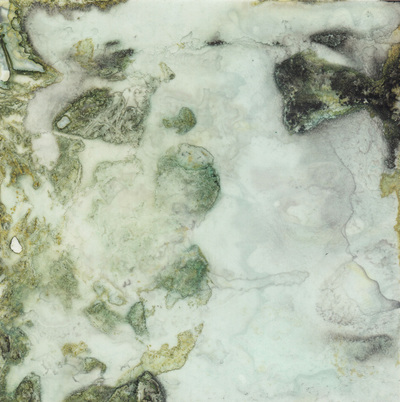 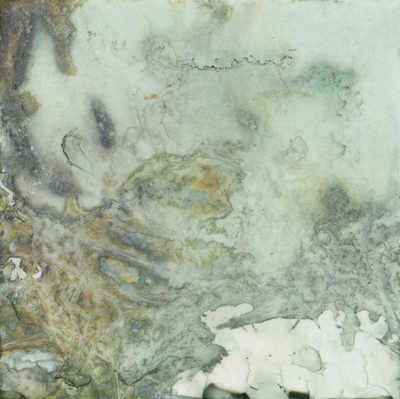 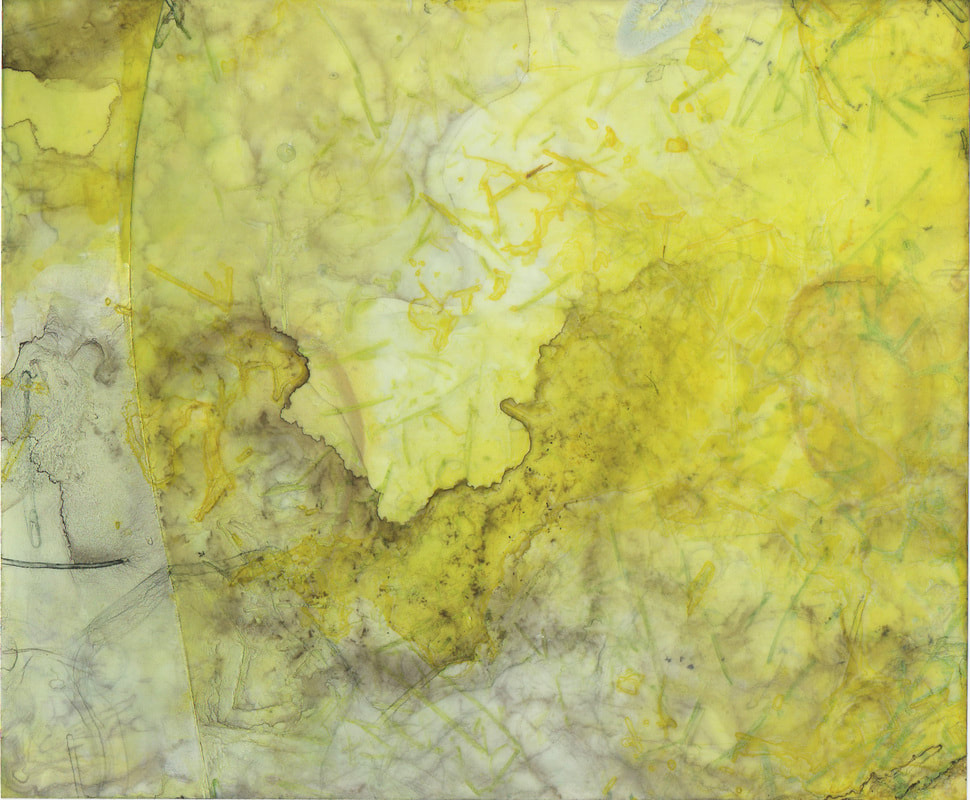 Drawing by Kezar Lake: ink drawings made during a residency at HewnOaks in Lovell, Maine in July 2014. I was able to integrate the slow pace of lake life into my process and my practice evolved. I began using bits of detritus from the landscape in my drawings as the building blocks for forms and lines.

the sunken drawings:
​Diving down I scooped a handful of the lake bottom earth. This and a jug of lake water so I could build a mini lake. I also collected little rocks and some pine cone tassels on the walk back to my cottage. I sunk pieces of vellum in my small lake and added a few drops of ink each day and there was the sunshine too. After a few days I removed the vellum pieces and let them dry. Brushing off the dried detritus these drawings were revealed ... (coming soon)
Powered by